Boothbay's Knickerbocker Bridge to be replaced with composite structure 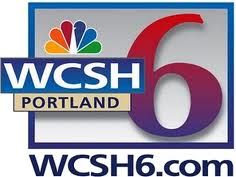 For video please follow this link to WCSH Channel 6 News

BOOTHBAY, Maine (NEWS CENTER) -- A company in Brunswick may be on the leading edge of a whole new trend in building bridges. And they're hoping it will mean more jobs for Maine workers.

The old, worn out Knickerbocker Bridge in Boothbay is going to be replaced by a new one built of composite beams. Those beams are being manufactured by Harbor Technologies in Brunswick.

The beams are a combination of concrete, steel and fiberglass. They were invented by an engineer from Chicago and Harbor Technologies is the only company making them.

The new bridge will be the largest composite bridge ever built in the U.S.

"One is it has a greatly reduced carbon footprint. Two it is much wasier to install. Lighter weight. Reduced labor reduced transportation costs. We don't even know how long they last. They might last 300 years...We know they'll last 100 years," said Grimness.

The 64 beams are almost finished, but they won't be put in place until next year.

The company and the Maine Department of Transportation are hoping this bridge will attract a lot of attention and encourage other states to use the composites.

The chief engineer for the Maine DOT says composite bridges are the future of bridge building. And the cost, they say, are just about the same as conventional building, but composites should last longer.