The National Park Service Celebrates 100 Years !! Making Life Easier for The Men And Women Who Maintain These Parks

Currently there are 409 parks spanning 84 million acres in the nation’s 50 states. A super volcano, a desert rich with fossils and a historic river corridor were added in 2015.

This year a federal budget of $860 million was requested for Parks upgrades. With a $12 billion backlog in repair work, many are wondering what the next 100 years will hold. New technology like corrosionresistant Fiber Reinforced Polymer (FRP) material could hold the answer. 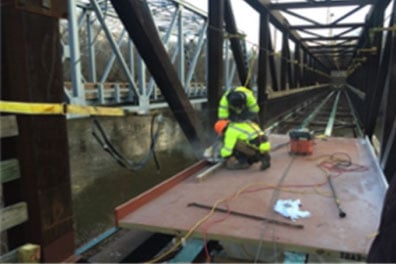 Rotting timbers and corroding steel prompted the NPS to close Hillside Pedestrian Bridge in Cuyahoga Valley National Park only 10 years after the previous rehabilitation. With design responsibility, the Federal Highway Administration’s Eastern Federal Lands department turned to FRP material for a new deck that could stand up to the elements with zero maintenance. Composite Advantage’s FiberSPAN FRP bridge deck system won the bid.

The FHA had previous experience with FiberSPAN on a 2013 installation at Wolf
Creek National Park [Virginia]. In addition to corrosion resistance, Hillside had other special needs. The design flexibility of FiberSPAN allowed Composite Advantage
to tailor the bridge system to Hillside’s requirements and offer design features.

To minimize construction costs and maintain a tight schedule, the contractor had to
complete the job in 90 days. One key was prefabrication of decking while other rehabilitation occurred. The plans specified that the railings remain attached to the steel superstructure. That meant the FiberSPAN deck had to be installed by inserting the deck between the railing and new support stringers at the end of the bridge. FRP panels were then slid to the center of the bridge and fastened down. Curbs integrated into the deck were designed to direct water to FRP drainage scuppers. Instead of standard gray, the NPS chose teak to blend with the natural surroundings. The color complements the weathering steel and won’t show rust stains. A high  traffic, concrete polymer wear surface provided the finishing touch. 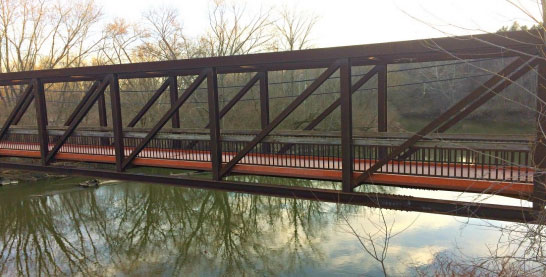 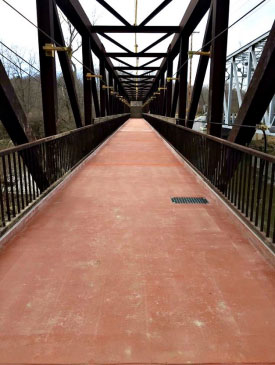 Features At A Glance:

In 1933 The National Park Service officially took charge of all parks and monuments previously managed by the War Department and the Forest Service.