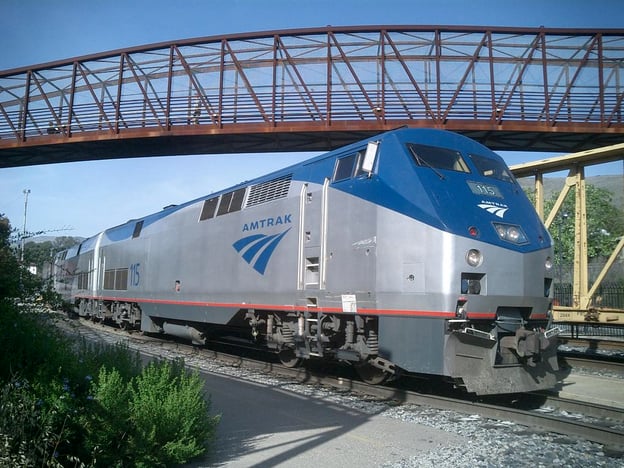 In the United States, many major metropolitan areas have regional rail systems. However, none of these compare to one nationwide system.This rail system spans 46 states and three Canadian provinces with around 21,300 miles of track. It serves over 30 million passengers annually, delivering them to over 500 destinations. The system is none other than - Amtrak.

In the early 20th century, nearly 98% of commercial travelers was done via railroad. However, new forms of transportation, the Great Depression and the National System of Interstate Highways made railroad seem “out of style.” Eventually over 50,000 miles of passenger-service rails closed, as well as many privately-owner railroads.

Hoping to reverse this trend, Congress passed the Rail Passenger Service Act in 1970, creating the National Association of Railroad Passengers (NARP). The majority of remaining railroads joined this association in hopes of receiving federal aid to continue operations. This network of railroads was renamed Amtrak in 1971 and was transporting 20 million passengers, surpassing all ridership expectations.

Despite the financial problems Amtrak has faced since the late 1970s, the rail system continues to grow. In the early 21st century, rising fuel prices convinced many travelers to choose Amtrak over commercial airlines. By 2016, Amtrak passenger traffic reached a record high of 31 million.

We're not surprised. Composite Advantage uses Amtrak for sales trips between northeastern and mid-Atlantic cities. It's easy and comfortable - we can read, work and eat in a comfortable seat with electronic connections.

So what's on the horizon for Amtrak?  They're building a new line of trains capable of reaching speeds of 220 mph, in addition to increasing passenger capacity by 35%. Research supports these endeavors, as studies show Amtrak is 30-40% more energy efficient than air or automobile travel. Researchers also estimate that, regarding fatalities,  traveling via Amtrak is 16 times safer than automobile travel. Amtrak continues to grow and improve, and is the choice mode of travel for millions of Americans. For now, it looks as if Amtrak has no plans to slow down.