Ferry Travel in the 21st Century

We often think of bridges as the best means to move vehicles, passengers, and cargo over waterways. However, there is another method for moving goods from one shore to another. Ferries have aided in crossing waterways since ancient times and were at one point a primary form of transportation in certain regions. For river crossings or islands without bridges, ferries provide access to passengers and a way to transport cars and freight across. Today, many ferries are used to carry tourists around landmarks like the Statue of Liberty or Golden Gate bridge, but the number of boats still moving commuters and cargo may surprise you. 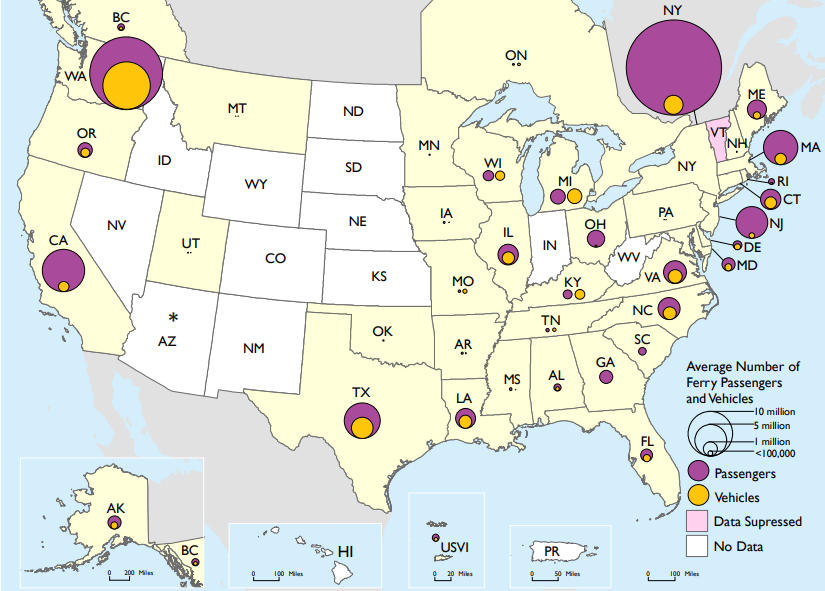 A 2016 report by the US Department of Transportation and the Bureau of Transportation Statistics provided extensive data on the present-day use of ferries in the US. There are 560 reported ferry terminals still in operation today, with the highest density occurring in the northeast, upper Michigan, and Alaska’s west coast. 609 ferry boats were reported as still being in service. In 2015, 118 million passengers and 25 million vehicles were transported via ferry in the US. New York and Washington accounted for nearly 70 million of all passengers, and Washington and Texas for 13 million of the vehicles transported.

Ridership in regions like San Francisco and New York has risen in recent years, allowing for expansion and improvement of these networks. In 2017 in New York, ridership was surpassing the projected numbers by 700,000 passengers, prompting the addition of new boats and terminals. The Fixing America’s Surface Transportation Act (FAST) of 2015 has allotted 80 million dollars per year to the United States’ public ferries until 2020. 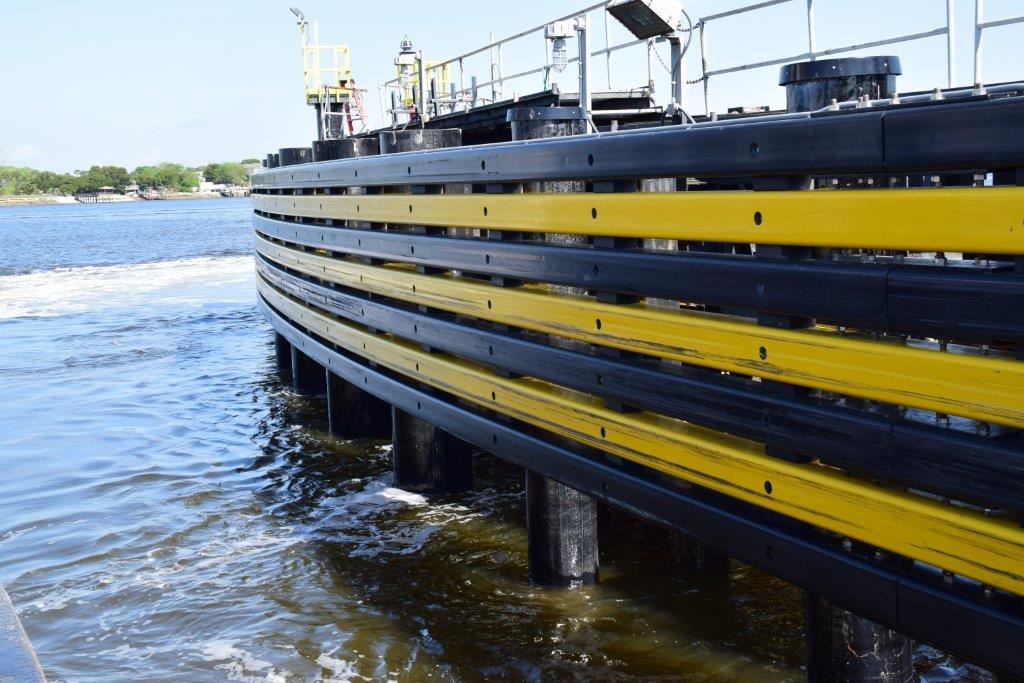 How do composites tie into these numbers? Many ferries rely on dolphins or slip walls to guide them in into the terminal. Composite Advantage recently installed a fender wall system in a St. John's Ferry terminal, which now provides superior energy absorption when boats come in to dock. On other sites where timber bundle dolphins are used, single, large diameter FiberPILES are replacing the old structures that have suffered damage from corrosion and impacts. The long life and lower installation costs make FRP FiberPILES and waterfront infrastructure products an excellent choice for updating ferry terminals.