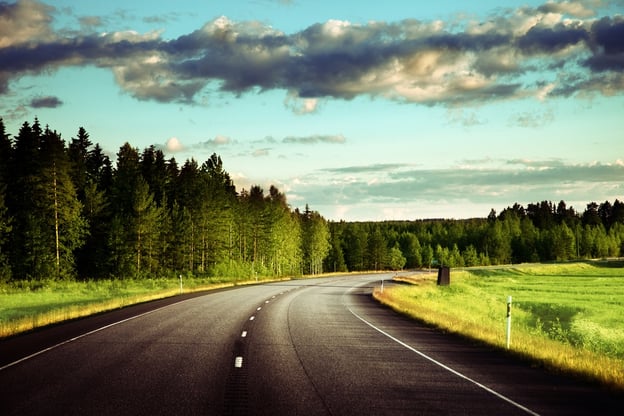 President Dwight D. Eisenhower understood the value of roads. His conviction grew from experience after he participated in the U.S. Army's first transcontinental convoy of military vehicles. The journey from Washington to San Francisco took two months. During and after World War II, Eisenhower also made use of Germany's Reichautobahnen network of rural superhighways. He said, "The old convoy had started me thinking about good, two-lane highways, but Germany had made me see the wisdom of broader ribbons across the land." Eisenhower signed off on the Federal-Aid Highway Act of 1956 and by the end of his administration in 1961, 10,440 miles of the 41,000-mile Interstate System had been opened to traffic (including 2,264 miles of turnpikes at a price tag of more than $10 billion). Those years also mark the last time there was a major infrastructure project in America.

And the underperformance is evident in many areas. The President’s target of $1 trillion in infrastructure investment will be funded through a combination of new Federal funding, incentivized non-Federal funding and newly prioritized and expedited projects.

By 2025, infrastructure needs will total $4.6 trillion, leaving a $2 trillion gap. Of that amount, $1 trillion is transportation (roads, bridges). More than half the states in the U.S. have already begun collecting dollars through such means as raising state fuel taxes. To address that gap, it is likely the federal government will need to step up to provide more than $200 billion.

Key principles of the infrastructure bill include:

The 2018 budget includes $200 billion in outlays related to the infrastructure initiative, in addition to the following proposals:

Examples of funding proposals include:

A fact sheet on the infrastructure plan is available on the White House website.

What do you think of the President's Infrastructure Initiative?