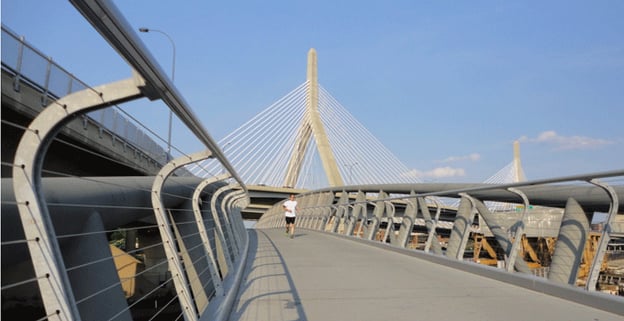 In 2017 the American Society of Civil Engineers (ASCE) issued America’s infrastructure report card. Because of much needed, overdue repairs, ASCE gave the U.S. a D+ on this quadrennial report. This year, President Trump unveiled a $1 trillion infrastructure plan to get the ball rolling on these repairs - and there’s a lot to fix. Billions of gallons of water never make it to the tap because of leaky pipes. Utilities lack critical information needed to balance electricity loads, identify failures and enhance power flow. Waste water infrastructure needs more than $270 billion in updates. Of the nation’s 614,387 bridges, almost four in 10 are 50-plus years old. Commuters make approximately 188 million trips across structurally deficient bridges each day. The poor condition of the nation’s infrastructure must be addressed, and soon.

ASCE asserts that our deteriorating infrastructure is taking a toll on “families’ disposable household income and impacts the quality and quantity of jobs in the U.S. economy." They estimate that between 2016 and 2025, each household will lose $3,400 annually in disposable income due to infrastructure deficiencies. These losses could eventually grow to an average of $5,100 annually between 2026 and 2040, resulting in cumulative losses up to almost $34,000 per household. The ASCE’s Failure-to-Act Report states that the domino effect of a neglected infrastructure will affect the ability of businesses to provide well-paying jobs, therefore reducing income further. If the investment gap isn’t bridged by 2025, the economy is expected to lose $4 trillion in GDP and 2.5 million jobs.

President Trump’s bill proposes $1 trillion in infrastructure investment to be funded through a combination of new federal funding, incentivized non-federal funding and newly prioritized and expedited projects. The 2018 budget includes $200 billion in outlays related to the infrastructure initiative, and the bill proposes to leverage this into $1.5 trillion. According to the ASCE, between now and 2025 infrastructure needs will total $4.6 trillion, leaving a $2 trillion gap, including $1 trillion in transportation (i.e., roads, bridges) alone. Many states have already begun collecting infrastructure dollars by raising state fuel taxes. To address remaining gaps, the federal government will likely need to provide more than $200 billion.

Organizations like ASCE support the infrastructure bill and believe it’s a good place to start a productive conversation. We’ll be talking more in-depth about the bill, particularly the transportation category, and how Fiber Reinforced Polymer (FRP) might prove useful in helping the federal government and individual states save money.