Inspiration Bridges Past and Present 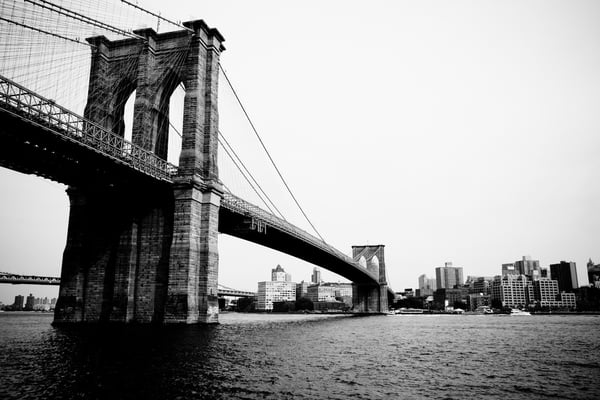 In just five days, the members of Flushing High School’s theater club from Flushing, New York, will premiere an original musical at the Edinburgh Fringe Festival in Scotland.  The Fringe, as it’s affectionately called, is billed as the “single biggest celebration of arts and culture on the planet.”

You might ask why a composite supplier is writing a blog about a theater group of high schoolers. The troupe will be telling the story through music of Emily Warren Roebling and her part in the construction of the Brooklyn Bridge.

The Flushing theater troupe was selected out of hundreds who applied from across the country and are the only student group to attend from the state of New York. But that’s not the only thing that is unique about the club. Troupe members each have their own story to tell about overcoming the challenges of poverty, having parents in jail, homelessness, and the difficult task of raising younger siblings.  One of the performers was recently diagnosed with lymphoma and will fulfill a personal goal to be able to attend and perform at the Fringe.

It’s somewhat fitting that this group would choose to sing about another individual who persevered against the odds to achieve a vision that began in 1867 with bridge designer John Roebling. An expert on suspension bridges, Roebling had experimented for years with the production of wire rope he felt would make suspension bridges practical.  He already had some major projects under his belt such as the Allegheny Bridge and the Covington-Cincinnati Bridge when he pursued and was awarded the Brooklyn Bridge project. Building such a structure would solve a big problem for residents. Jobs were in Manhattan but Brooklyn had cheap housing. But the distance the bridge would need to cover across the East River was unprecedented, leaving many to believe it could not be done. Roebling and his son, Washington, hired a crew and set to work. Roebling developed a web truss of steel which he added to either side of the bridge roadway, making the structure six times stronger than it needed to be. In 1869 Roebling died of tetanus after losing toes in a construction-related boat accident. Washington Roebling, then 32-years-old, took the helm as chief engineer.

In 1872 Washington Roebling succumbed to caisson disease. Two granite foundations constructed inside watertight timber caissons were sunk to depths of 44 ft. on the Brooklyn side and 78 ft. on the Manhattan side.  As work progressed, construction workers began to suffer from decompression sickness or caisson disease. Roebling spent more hours than anyone working in the caissons to set the foundations for two 275 ft. tall stone and masonry towers. Today a caisson or pier is a watertight retaining structure that is sunk into the ground at a desired depth and then filled with concrete to form a foundation

Partially paralyzed Roebling turned to his wife Emily. She had studied higher mathematics, the calculations of catenary curves, materials strength, bridge specifications, and the intricacies of cable construction, and spent the next 11 years assisting Washington Roebling on the bridge's construction. Though unable to talk, the two devised a communication method whereby Roebling would tap out his instructions on Emily’s arm. The bridge was completed 11 years later in 1883.

Since then, the bridge has withstood the increased foot traffic from subway suspensions during the blackouts of 1965, 1977 and 2003, and most notably, the scores of individuals that took to the bridge after the September 11 attacks. According to Scientific American, “that many people on a bridge – a contingency Roebling didn't anticipate – can typically cause it to sway, due to self-reinforcing oscillations of many people walking in step. But John Roebling also added a diagonal stay system and a stiffening truss to the span. "The bridge may sag, but it will not fall," he said. The first steel-wire suspension bridge constructed, the 149-year-old structure with a main span that is 1,595.5 ft. long, has stood the test of time.