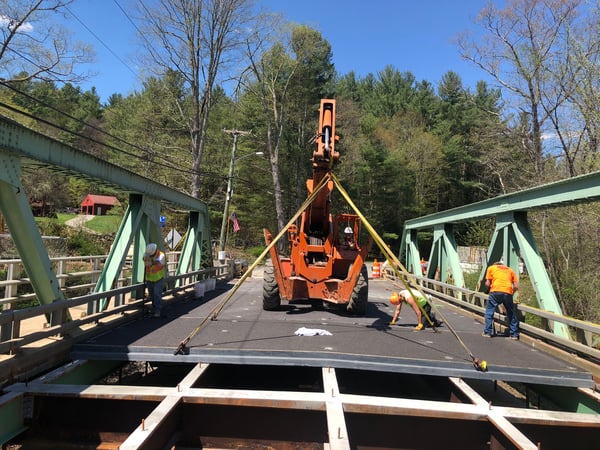 Bridges are often the topic of noteworthy lists due to some characteristic that sets them apart. For example, the oldest surviving roadway bridge is Northeast Philadelphia’s Frankford Avenue Bridge erected in 1697. The Chesapeake Bay Bridge in Maryland made Travel Guide’s 10 Most Famous Bridges in the United States. Why? Measuring 4.3 miles long and 186 ft. tall at its highest point, it is thought to be America’s scariest bridge. A Chesapeake Bay Bridge driving assistance service is available for travelers suffering from gephyrophobia [a fear of bridges]. Michigan’s Mackinac Bridge is also one of “America’s Most Famous…,” because it is considered the longest suspension bridge in the western hemisphere with a total length of 26,372 ft.

Bridges that are designated historic, represent another interesting category. Preservation and rehabilitation work are crucial to keep these structures at peak performance. Fiber reinforced polymer (FRP) composites have played a key role in projects like the Rugg Bridge, which carries Route 57 over the Clam River in Sandisfield, Massachusetts.

After years of wear and tear, Sandisfield received a $1 million state grant to rebuild the structure.

Sandisfield is nestled in the midst of Massachusetts’ Berkshire region. The town epitomizes natural beauty, arts, culture and charm. It is home to approximately 915 residents and is considered the largest (53 sq. miles), but most sparsely populated town in Berkshire County.

Rugg Bridge was built in 1938 and rehabilitated in 1993. The new project to refurbish the bridge began in November 2017 and included an FRP composite deck on the pony truss crossing. A pony truss is a bridge that is so low that overhead bracing cannot be used.

The Massachusetts Department of Transportation (MDOT) needed a light weight option for Rugg Bridge and chose FiberSPAN because of its familiarity with the product.

When it comes to historic and notable bridges, DOTs and local owners like Sandisfield are often scrambling to find solutions that can strike a balance between retaining historic character and making the modifications or additions needed for continued use. FRP material is the best option for producing high-performance,  lightweight decking. A typical concrete deck weighs 100 pounds per square foot, creating a dead load an aged steel truss can’t tolerate.

Bridge work was finished ahead of schedule on May 24. The short span opened on Memorial Day weekend featuring its new FiberSPAN FRP bridge deck. 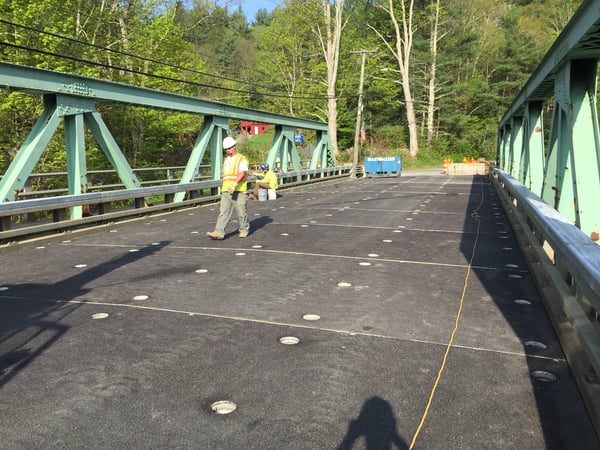