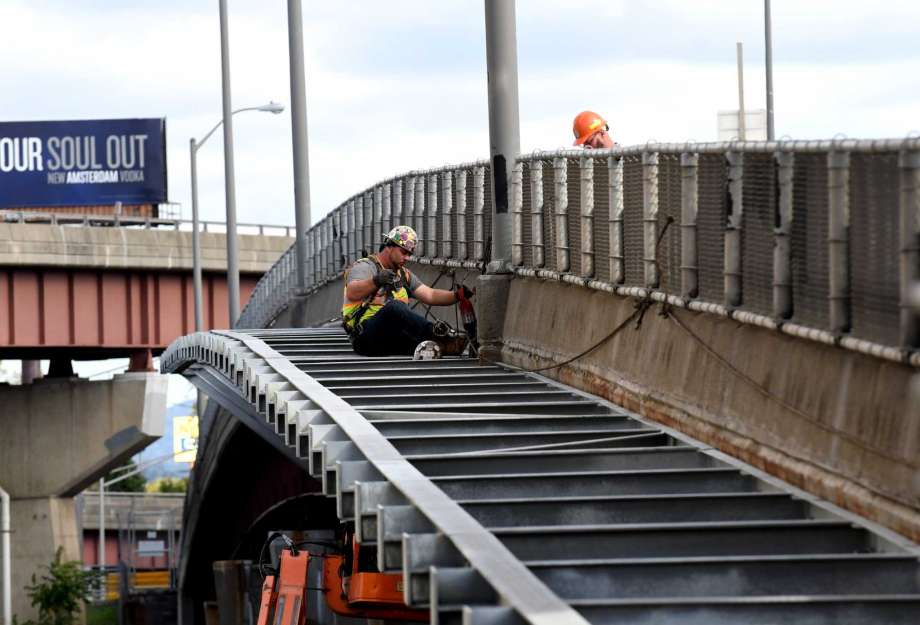 Pedestrian-friendly cities are on the rise, a trend some are calling the new urbanism. At the same time a stronger economy is driving more people to get behind the wheel. Despite technology that makes cars smarter, a report released in 2017 by the Governors Highway Safety Association shows that the number of pedestrians killed in traffic accidents increased 11 percent between 2015-2016. The report states that this is the “biggest single-year increase in pedestrian fatalities ever, and the highest number in more than two decades.” Last month the National Safety Council substantiated the claim, stating that traffic deaths overall increased six percent in 2016.

Organizations of all kinds are working to turn these trends around. One example is Composite Advantage and their unique FiberSPAN-C cantilever sidewalk systems. Cantilever sidewalks are demonstrating their ability to protect pedestrians and bicyclists. Because FRP is high-strength and lightweight, vehicle superstructures can carry the additional load of a cantilever sidewalk. Composite Advantage accelerates construction by prefabricating bridge elements in-house. Pre-assembly also speeds up construction, ensuring high quality parts and reduced installation costs. An FRP deck provides a reduced dead load of 4 to 9 psf. Equipped with a non-slip wear surface, FiberSPAN-C's stringers, deck and railing weigh as little as 13 psf. Owners have the option to add curbs, railing attachments, drainage scuppers and expansion joints.

FiberSPAN-C is an effective component in the infrastructure tool box because, unlike concrete, it can be tailored to meet basic walkway update/replacement protocols. These protocols include the following:

With an infrastructure plan designed to take America’s roadways and bridges into the future, the FRP cantilever sidewalk has an important role to play. We’ll get a better feel for that when we take a closer look at the president’s infrastructure budget. To learn more about FiberSPAN-C, register for our free, live webinar, “Share the Road with FRP Cantilever Sidewalks” on Tuesday, February 13, 12 p.m. EST.