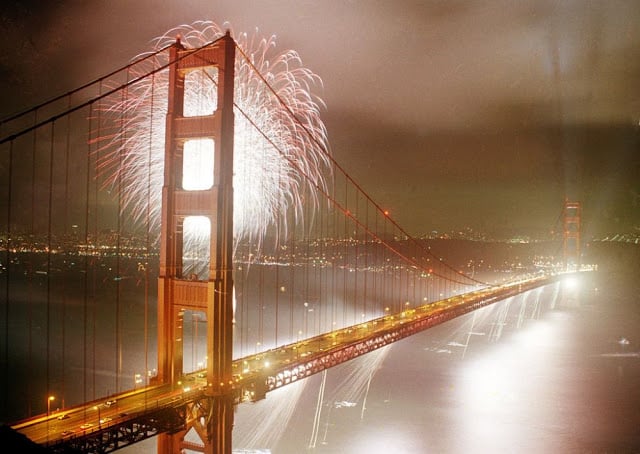 It’s Independence Day or as most of us refer to the holiday that honors the United States’ adoption of the Declaration of Independence—the Fourth of July. Many of us will hit the roads and take advantage of our nation’s infrastructure to reach destinations that include picnics, parties, and fireworks displays. Bridges often play a special role in holiday celebrations. Fortunately, bridge designers have taken this into account. The standard for bridges and walkways typically calls for a live load capacity of 90 psf, which allows for about one person for every two square feet of space. While most bridges don’t regularly see this much traffic, we can be thankful that these standards are in place when use increases as it does during holidays.

For example, when celebrating the Golden Gate Bridge’s 50th Anniversary, vehicle traffic was stopped and pedestrians had the rare opportunity to cross the entire bridge on foot. As people began to walk out onto the bridge and fill the deck, the center span of the suspension bridge, which naturally arches up in the center, sunk seven feet and became flat. While the bridge still didn’t exceed its maximum load capacity, it no doubt experienced one of the heaviest loads it will see in its lifetime. 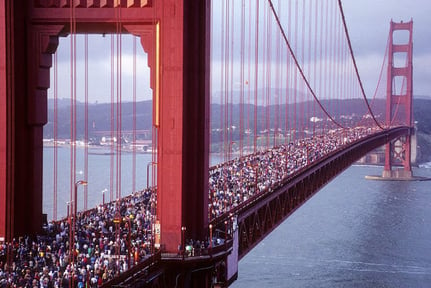 Composite Advantage wishes everyone a happy Fourth of July. Be safe and enjoy the holiday as we celebrate our nation’s birthday!