In 2017, the United States’ received a national grade of D+ for infrastructure. The American Society of Civil Engineers (ASCE) issues the report card every four years. Interestingly, the ASCE noted that the U.S. received the same grade in 2013.

Today, with a general election hanging in the balance and a global pandemic, it brings to mind Michael Nesmith’s 1972 solo album “And the Hits Just Keep On Comin.” In a recent status report, the ASCE stated that the U.S. has been underinvesting in infrastructure for decades and the “COVID-19 pandemic has made a difficult situation worse.” According to the report, “a sizable portion of the nation’s existing infrastructure systems are supported with user-generated revenue streams.” With the country under lock-down from March to May, a large portion of the population continues to navigate life during a pandemic by staying off the roads, away from transit and airports. The report revealed that “municipal and state budgets are buckling under unprecedented demands” leaving meager support for parks, schools and other publicly-owned infrastructure.”

The ASCE estimates that state Department of Transportation (DOTs) will be hit with an average revenue decline of 30 percent over the next 18 months. The federal Highway Trust Fund posted a 49 percent loss in May 2020. Reduced available revenue for transportation projects puts the country’s bridges at greater risk for failure. Roads mirror the projections identified for bridges. 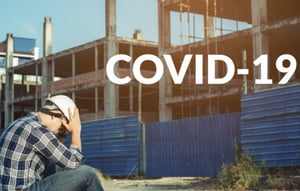 Transit agencies are facing some unique challenges of their own. According to ASCE the Port Authority of New York and New Jersey reported a 75 percent dip in ridership on the PATH commuter rail system. The Washington Metropolitan Area Transit Authority (WMATA) saw an 85 percent reduction in ridership and a revenue loss of $52 million. Dallas Area Rapid Transit (DART) has racked up a loss of $600,000 per week while the Los Angeles County Metropolitan Transportation Authority (LA Metro) is seeing a 55 percent decrease in traffic and is looking at projected losses of $35 million in added labor and material.

In its report Transportation Infrastructure and COVID-19, Deloitte delved deeper into the challenges facing states. The COVID -19 crisis has forced decision makers to use rainy-day funds and look closely at cost saving measures. The report revealed “Many capital projects are being cancelled or postponed due to budget constraints. A concerning consequence is that federal support and funding could be allocated to projects no longer feasible or projects that have been delayed, immobilizing scarce resources that could be used elsewhere for other U.S. infrastructure challenges.” While the government will certainly fund infrastructure for major roads, we can expect the small projects at county levels to be hit the hardest. And these structures will continue to deteriorate until we get past pandemic restrictions.

DOTs are being encouraged to consider leveraging private capital to infuse infrastructure. Strategy and innovation will be the watch words as these agencies look at public/private partnerships, asset recycling, coveted right-of-way access and other potential money sources. Project prioritization will also need to be considered. While reports tend to put a rather grim face on the state of the nation’s infrastructure, there are also opportunities to implement new technology. Some of those small, rural bridges with low traffic make perfect candidates.

More than two decades ago, it was these very structures that gave us the chance we needed to implement fiber reinforced polymer (FRP) bridges and bridges decks and demonstrate the performance capabilities of composite material. It’s also what helped to pave the way for FRP to be sourced for larger projects. We hope emerging technologies will be able to benefit from the same circumstances that allowed us to launch and develop FRP into products that today are often sourced over traditional materials. COVID-19 certainly adds another challenging layer to the struggle that new ideas already face.