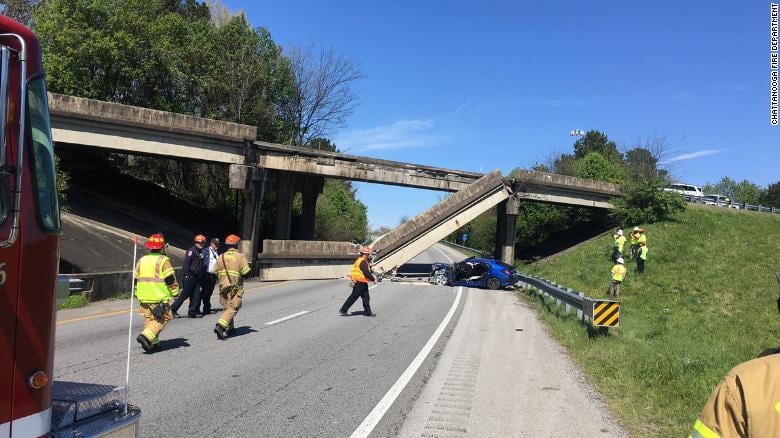 Deteriorating infrastructure, especially bridges, is a frequent topic in the news.  No bridge is exempt from having structural issues given the constantly increasing traffic count, and the relentless weather events that require deicing chemicals to maintain some level of safety.  Favorite bridges including the Brooklyn Bridge and the London Bridge are not immune.  Reports say sixty-seven percent of bridges in the U.S. are structurally deficient.

Now do not get too nervous, the term structurally deficient does not necessarily mean a bridge is going to crumble under you. The term "structurally deficient” was coined by bridge engineers and it basically means that the bridge is in need of maintenance, rehabilitation, or sometimes replacement. This could be due to a lot of factors. For example, there could be a design configuration that cannot withstand the test of time. There could also be engineering issues or miscalculations.  Most bridges deteriorate over time from wear and tear and need proper routine maintenance to ensure safety.  Sometimes, due to constraints such as time or money, this does not always happen.

Every four years, bridges get rated on “grades” in different categories, like a report card (quite literally called The American Infrastructure Report Card). This is conducted by the American Society of Civil Engineers (ASCE). The average grade for all infrastructure is a D+ with a C+ for bridges. While it sounds bad, these consistent poor grades are not life threatening.  A bridge getting a “bad grade” could be due to a multitude of reasons. This could include cracks, damage, wear, or other problems.  Sometimes problems, if not monitored or fixed could become worse and lead to failure in the future. The bridge itself it not structurally deficient, but some components or factors about it could make it structurally deficient. The grades are based on four main components: materials, deck, superstructure (supports immediately beneath the deck), and substructures (foundation and supporting posts and piers).

With all this bad news, you might think we are all doomed. But the bridge industry is constantly striving for new solutions.   Many of these are innovative materials.  Our preference is fiber reinforced polymer (FRP) composites which offer long life due to the inherent corrosion resistance of the material.

FRP is a new polymer matrix material that is reinforced with fibers, and is created by combining two existing materials. Although initially more costly, FRP composites save money in the long run on maintenance.  Because FRP decking is 80% lighter than concrete decking, there can be lower costs for substructures, superstructures, and installation cost.   As an engineered material, the right combination of fiber reinforcement and polymer are used to meet the bridge requirements, resulting in strength safety factors that are always high.

FRP can come in any size or shape and the planned life for FRP is 75 years.  Deterioration is a large issue with other materials, however FRP panels are unaffected by water, salt or chemicals. They are unaffected by hot, cold, coastal environments, or large temperature differences. There is zero maintenance for the structural deck.

FRP materials immediately eliminate a lot of the problems that other bridges are susceptible to.  Even though the next infrastructure report is not due until 2021, it is time to make more use of innovative materials now.