Rollin’ On (And Over) The River 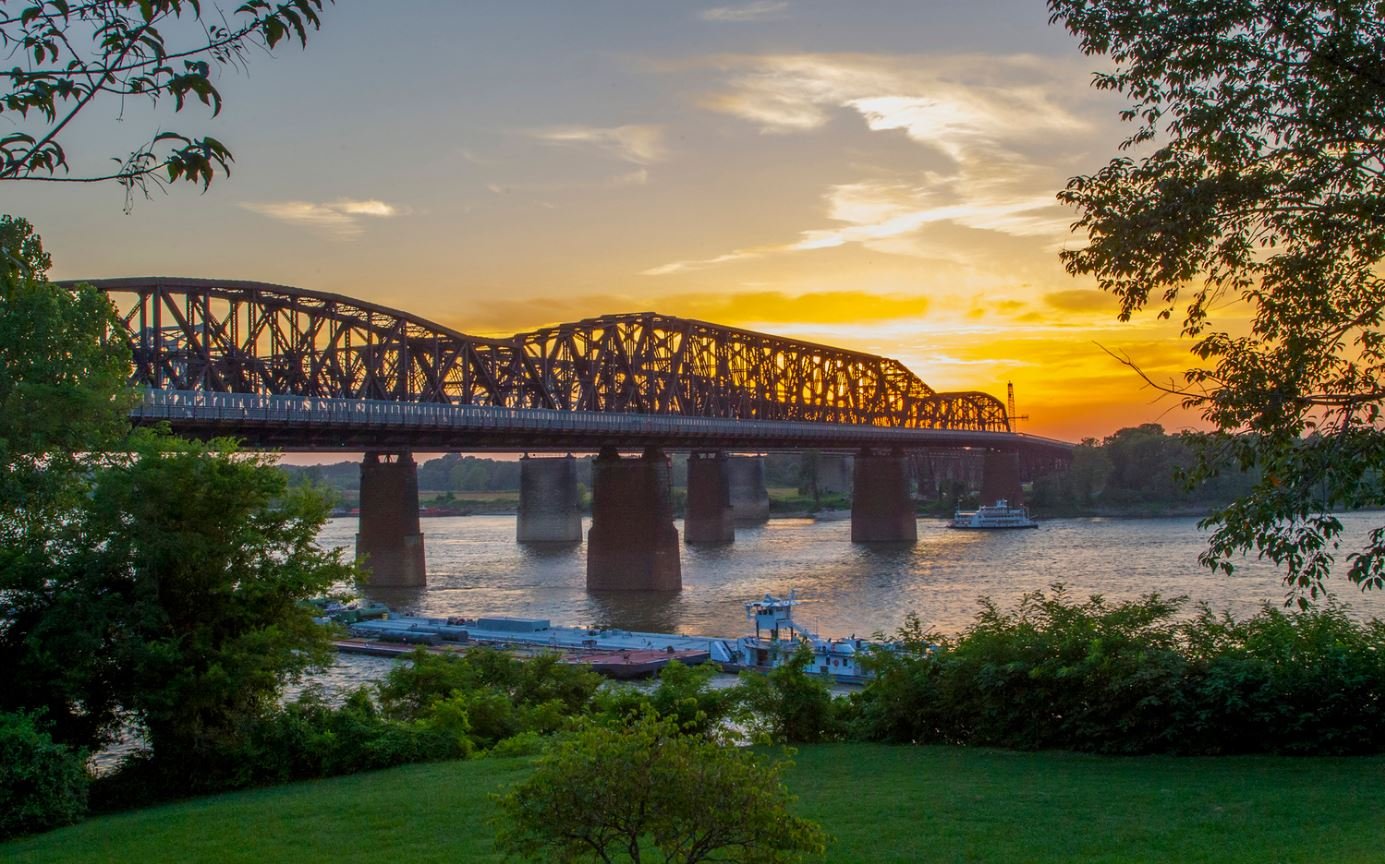 The third largest watershed in the world, the Mississippi River is 2,340 miles long.  The Great River Road National Scenic Byway follows “Old Man River” for 3,000 miles from northern Minnesota to the Gulf of Mexico.  The byway was built in 1938, making it the oldest and longest National Scenic route in America. A fun fact about the body of water is that the Mississippi River actually flowed backwards after a series of earthquakes in 1811 and 1812 in the New Madrid, Missouri region. 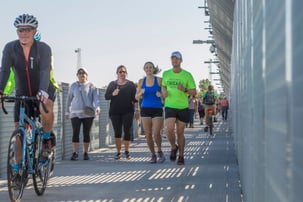 In 2016, the Big River Crossing—the longest public pedestrian bridge spanning the Mississippi—opened, connecting hikers, bicyclists and pedestrians in downtown Memphis and Arkansas. In 2019, I was in Memphis for Lunch & Learn presentations and had the opportunity to arrive a day early. There’s no shortage of tourist activities in the birthplace of Rock ‘n Roll. But as someone who is in the business of building bridges, the Big River Crossing caught my eye. More to the point, the crossing’s cantilever sidewalk. Cantilever sidewalks are one my favorite fiber reinforced polymer (FRP) products because they seem to epitomize recreation and enjoyment of the outdoors.

In recent years, the cantilever sidewalk has become an important asset for vehicle bridges and the communities working to keep walkers and bikers safe. Our FiberSPAN products make wider, modern walkways possible and because they are lightweight, we can extend an FRP composite cantilever sidewalk system off of an existing vehicle bridge.  The Big River Crossing is family and pet-friendly. Security cameras monitor the sidewalk which is also equipped with several emergency call boxes. But the best part about these shared-use paths is that they provide a connection for people who want to enjoy the scenery from a different perspective. Visitors who decide to cross the Mississippi via the sidewalk will be treated to some pretty dramatic views of a landscape that changes almost as fast as the river itself.  I think Mark Twain would approve.