On the eve of Super Tuesday, Americans and Capitol Hill await the outcome as 11 states prepare to vote in both the Republican and Democratic primaries. It’s a day of judgment for each candidate – separating the chaff from the wheat, if you will, in the race for the nomination. It’s been a little like that for the FRP bridge industry over the last 18 years. As I mentioned in my last blog, I traveled to Capitol Hill earlier this month to participate in Infrastructure Day and support the new study of bridges built under the Innovative Bridge Research and Construction (IBRC) program. Here's a bit more on the program. 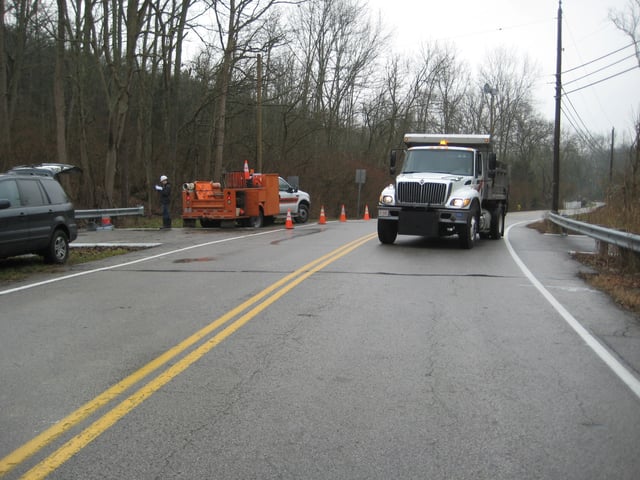 It’s no secret that improving the nation’s infrastructure is critical. Just this month, a partial collapse of New Jersey’s oldest bridge on Route 206 closed the structure to traffic as emergency crews worked to make repairs. The benefits of fiber-reinforced composites include:

These benefits make it clear that the material has an important role in the future health and well-being of the nation’s transportation/infrastructure network.


The recently passed $305 billion highway bill directs the Federal Highway Administration (FHWA) to evaluate the performance of the 300 or so bridges built under the IBRC program, half of which were constructed using composites. The FHWA stopped tracking the performance of these bridges, leaving current owners and designers without the data necessary to evaluate the effectiveness of such innovative materials.

This new study will look at the performance of IBRC bridges and compare them to bridges constructed with traditional materials and technologies. The data gleaned from the study will be used to make recommendations to Congress on how lifecycle costs of bridges can be significantly reduced with the use of advanced materials like FRP. The FHWA will contract with the Transportation Research Board (TRB) to perform the study, with oversight by the House Transportation and Infrastructure Committee to ensure the study is conducted properly.

While the IRBC program provided a testing ground for lessons learned in the use of innovative materials and technologies, other work being done with large, structural FRP composites and the development of unique manufacturing methods has proved fruitful. This work has demonstrated the key advantages of FRP composites, which includes more than just a long lifecycle. As the leading supplier of FRP bridges and bridge decks since 2006, it has been our practice to inspect each of our bridges every three years to assess the structural integrity of the deck panels. We also inspect bridge connections and evaluate water tightness of the panel-to-panel joint seals to ensure that water is not penetrating through to the steel superstructure. Based on our track record to date, I think it’s safe to say FRP bridge components will emerge from ‘Super Tuesday’ with flying colors.