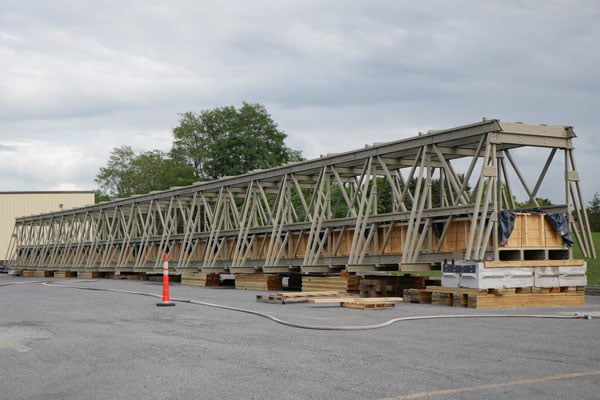 Bermuda is just 21 miles long and 1.75 miles wide. Yet its iconic pink sand beaches, crystal and fantasy caves, historic settlements and striking coves draw close to 650,000 visitors a year. In 2012, Dr. Tucker Murphy and his father, Lawrence, formed a local charity called Friends of Bermuda Railway Trail. Their goal was to reconnect the old Bermuda Railway [which ran from 1931 to 1948] route into a single, continuous trail for pedestrians and cyclists. The Murphy family raised capital locally from private companies and individuals to fund the project. Flatts Inlet was one of six major trail breaks the Murphys identified that required a bridge to extend visitor access to the island’s natural beauty.

While turquoise waters are a hallmark of tropical locations like Bermuda, so are hurricane-force winds and the continuous onslaught of salt water. These challenges prompted the nonprofit to look for a corrosion-resistant material that could meet local safety and performance codes and withstand harsh weather. 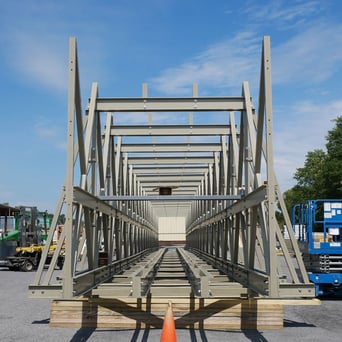 In 2017, Friends of Bermuda Railway Trail tapped Creative Composites Group to provide a fiber reinforced polymer (FRP) pedestrian bridge from its E.T. Techtonics line. There was one major hurdle.

The project specified a clear span bridge 152 ft. long and 8 ft. wide. This type of structure is one continuous span without a bridge piling or other support structure in the water except for abutment protection.

Prior to this project, E.T. Techtonics had only produced spans up to 120 ft. long with a double truss system above and below the deck. To design and fabricate what would be the longest clear span FRP bridge in the world took a team of experienced engineers, careful planning and testing.

The University of Miami and West Virginia University performed and validated section testing on some of the unique FRP bridge components and connections. The assembled superstructure underwent a field test as part of the evaluation. Bridge components were pultruded, fabricated and readied for assembly and final testing at CCG’s Creative Pultrusions campus. 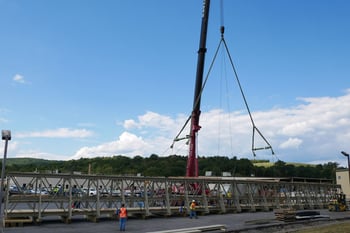 Construction and installation restrictions dictated two additional tests. Because the job site was in the middle of the water, top-down construction was not an option. A lift test was conducted to make sure the crane on the Bermuda job site could effectively pick up the bridge span based on the specified rigging and pick plan.

A loading test was also performed. Wooden holding tanks were filled with water and uniformly placed along the bridge deck surface to simulate the bridge filled to capacity with people. The results met design parameters for safety and performance. The bridge was disassembled, packaged, and shipped to Bermuda.

Next week we’ll delve into details about the installation of the world’s longest FRP pedestrian bridge.