The Report Card On Rail Is In 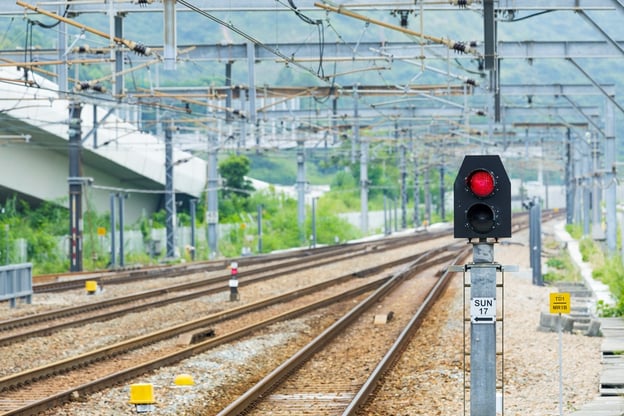 Fiber Reinforced Polymer (FRP) composite products - with their low to zero maintenance, lighter weight and superior strength - are finding their way into more markets than ever these days. One of these markets is rail. FRP is now used in rail car interiors, station platforms, access ramps, bridges and covers for electrified rails. In order to better understand why rail is such fertile ground for composites, let's look at the market and how it operates.

The rail network has been a crucial component of the U.S. transportation system and the nation’s economy for over a century. About one-third of U.S. exports are carried by train. Freight trains deliver five million tons of cargo while passenger trains carry approximately 85,000 passengers a day. According to the American Society of Civil Engineers (ASCE), “the private freight rail industry owns the vast majority of the nation’s rail infrastructure, and continues to make significant capital investment — $27.1 billion in 2015 — to ensure the network’s good condition."

Yet despite the influx of cash, the nation’s railroads still face the dual problems of aging infrastructure and insufficient funding, particularly on the commuter side of the tracks. In ASCE's recently-published infrastructure report card, rail received a B. Let’s break that down.

In 2016 Amtrak served 31.3 million passengers. It operates a 21,356-mile network in over 500 communities. ASCE divides that network into two categories: the Northeast Corridor (NEC), running from Boston to Washington, D.C., and the “national network” of 15 interstate routes. Amtrak owns and operates 363 out of 457 miles of the NEC track and 260 miles of track outside the NEC. This stretch includes 18 tunnels and 1,414 bridges. Eight commuter railroads and four freight railroads operate on the NEC. (For more information on commuter rail, see the transit category of the infrastructure report card.) Approximately 90 percent of Amtrak’s network, and most of the “national network,” runs on tracks owned by freight railroads. This means Amtrak pays the infrastructure owner and, as a result, must rely on freight railroad maintenance and system support to deliver quality, timely service.

The NEC supports approximately 750,000 passenger trips each day, accounting for over half of Amtrak’s daily ridership. This makes the NEC the busiest railroad in North America with approximately 2,200 trains in operation daily. The corridor is also highly capacity-constrained, creating service challenges for both Amtrak as well as commuter and freight railroads that use the corridor. Recently there's been a renewed interest among communities in expanding passenger rail service. In a previous blog, we discussed some of the high-speed passenger rail projects that are underway.

While considered safe to operate, ASCE rates much of the NEC’s infrastructure as beyond its useful life. Increasing maintenance costs and reduced system reliability are contributors. The agency states that the “average age of major NEC backlog projects is 111 years, including 10 movable bridges, three sets of tunnels, and one viaduct. Upgrades and repairs to basic infrastructure items like signals, power systems, and tracks, as well as service improvement projects to add capacity, are needed to meet growth in the northeastern economy and related travel demand. The condition of the NEC continues to deteriorate while projects are on hold pending funding. Amtrak has been left with little choice but to be reactive to maintenance issues due to inadequate funding.”

The adoption of advanced materials like FRP composites could be a step toward helping companies like Amtrak be more proactive. The long life cycle of FRP products like FiberSPAN-R (50 to 100 years) and the performance characteristics we mentioned earlier - corrosion resistance, minimal maintenance and superior strength - have the potential to make a considerable dent in the costs currently stacking up for Amtrak and the communities raising funds for rail expansions and upgrades. The product is already enjoying success in the form of commuter platforms and mini-high platforms.