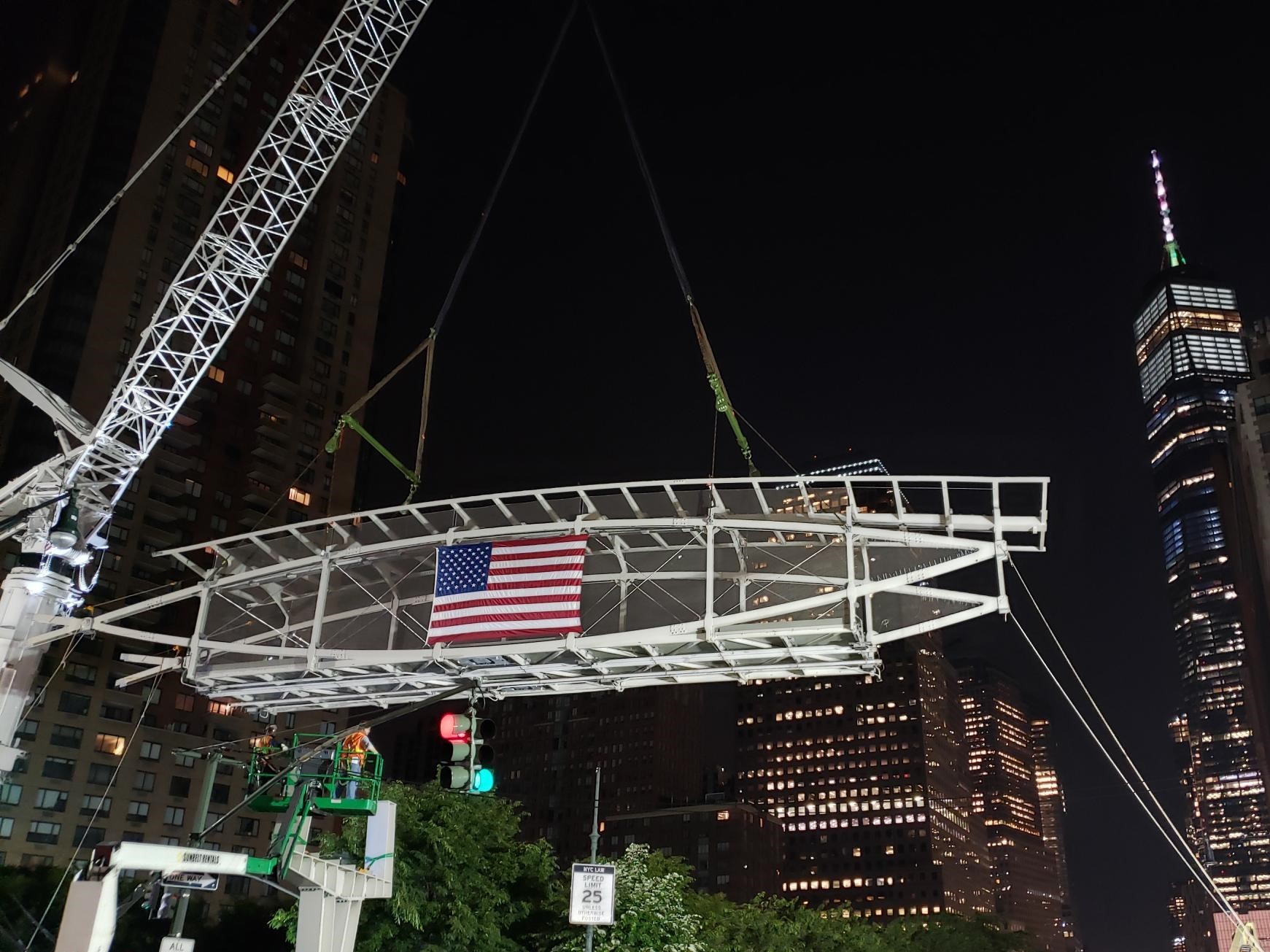 What do you think of when you hear the word commute? You probably imagine a well-dressed businessman or woman, coffee in hand, walking swiftly along a crowded city street like the ones found in New York.  In Manhattan alone, there are 1.67 million daily commuters. The borough’s population density influences commuter’s transportation choices. When you compare those choices with national statistics it makes for an interesting case study. For example:

Composite Advantage (CA) has done several projects in New York City, but its’ newest job—West Thames Street pedestrian bridge—is in an area south west of Manhattan. The borough is home to Battery Park, the Financial District and museums, as well as Nyack College and The King’s College. The bridge is the permanent replacement for the Rector Street Pedestrian Bridge (which was a temporary replacement erected following the attackes on September 11, 2001). This fiber reinforced polymer (FRP) pedestrian bridge provides commuters and visitors a direct connection to Battery Park City from the Financial District. The structure reduces walking time and improves pedestrian safety.

Pedestrian access in urban areas is becoming an increasingly relevant topic of discussion.  Pedestrian access by definition is a “movement aimed at allowing people to walk or bike.” It can also include jogging, skateboarding, roller blading, or any other mode of transportation. When it comes to safety, each city has its’ own set of specifications. The National Association of City Transportation Officials (NACTO) and the Federal Highway Administration (FHWA) work hard to make sure there are rules set in place for every state. This includes sidewalks, crosswalks and bike lanes.

In the U.S., most crosswalks are similar with only slight variation between jurisdictions. Local governments determine designated locations. Pedestrian bridges also play a role in helping to support safety. The West Thames Street Pedestrian Bridge is a good example of that when you consider the number of people it ferries across six lanes of traffic on a daily basis.