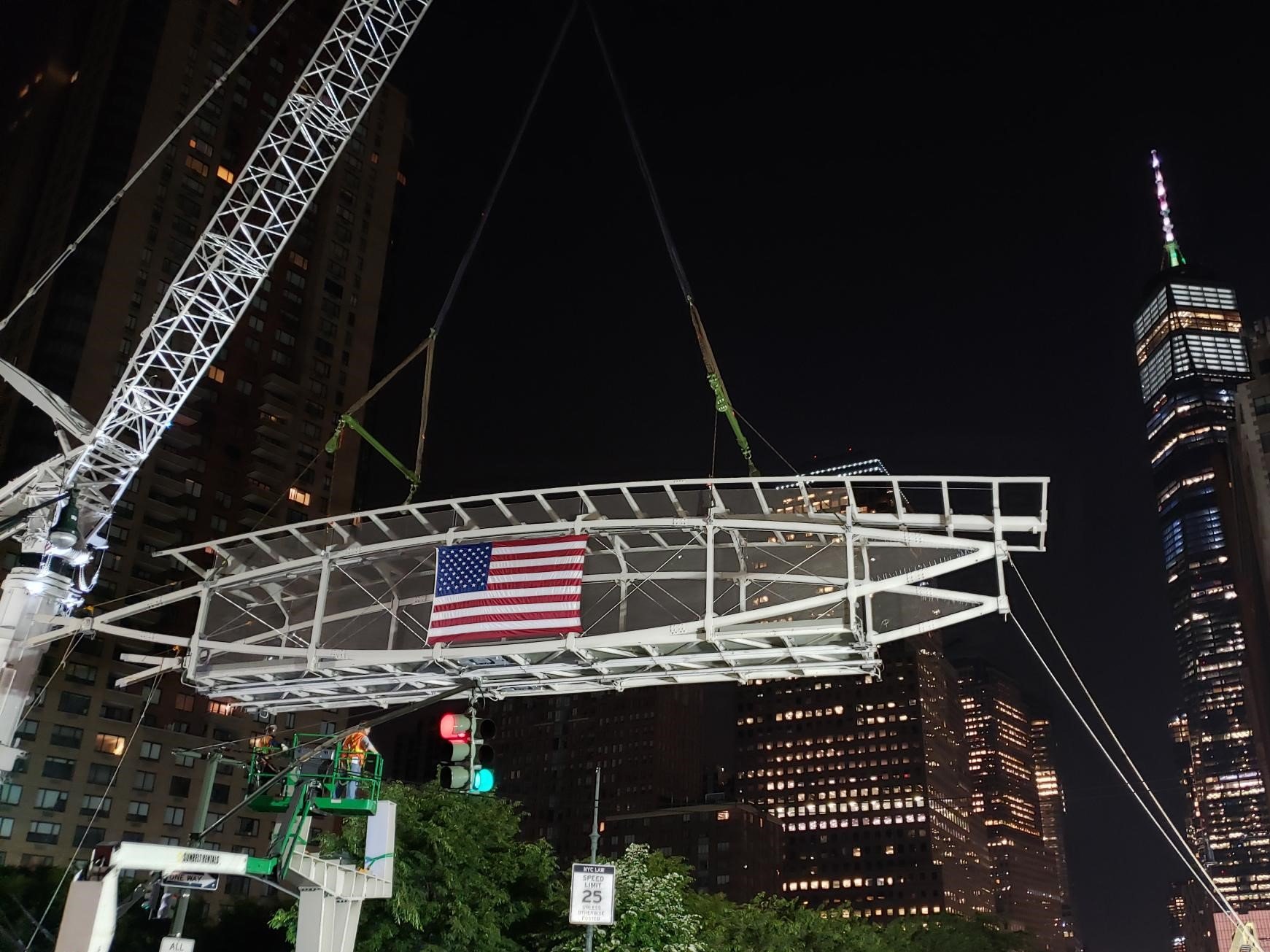 The FRP pedestrian bridge is the first of its type in New York City, sporting a glass roof, lighting and an elevator and stairwell at each end. Comprised of 16 panels, the FRP decking is supported by a two-span steel lenticular truss bridge. Composite Advantage designed the structure to meet performance requirements that included a 90 psf live load and a deflection rating of L/360.  Deck area totaled 3,482 sq. ft., with deck panel dimensions of 12.9 ft. by 12.9 ft., a deck depth of 4 in., and a deck weight of 8.4 psf.

“We’re seeing an uptick in use of FRP on signature pedestrian bridges,” says Scott Reeve, president of Composite Advantage. “Corrosion resistance, light weight and the design flexibility of FRP make it an attractive option. But we’re also finding that our FRP bridge products are being adopted because they are becoming a robust conduit for helping people make connections in congested urban areas.”

FiberSPAN bridge deck features included curbs, access to utilities underneath, and a long lasting, non-slip overlay of quartz aggregate polymer. The prefabricated FRP decking travelled from Ohio to Red Hook, Brooklyn where it was installed on the West Thames Street pedestrian bridge. The fully assembled structure then travelled by barge to Battery Park City where it was installed overnight with minimal traffic disruption. The West Thames crossing opened to the public in late 2019.