Beat The Heat With FRP Utility Poles And Fire Sleeves 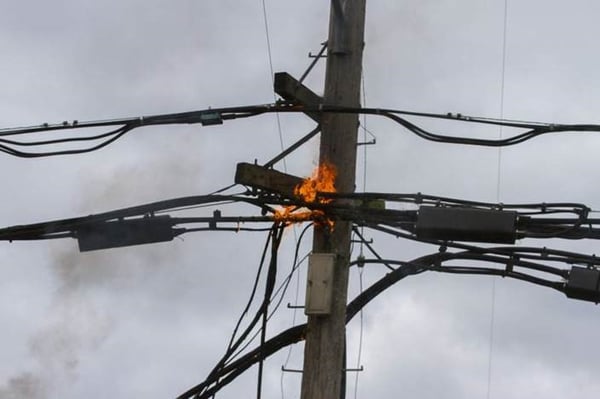 CNBC recently reported that grid operators in the Western U.S. are struggling to keep operations running smoothly in the face of wildfires and drought. On August 31, 2021, the U.S. Drought Monitor recorded moderate to severe drought conditions for more than 90 percent of the land in the Western states. In 2020, U.S. wildfires caused $16.5 billion in damages, a statistic that made it the third-costliest year on record.

Implementation of sensor arrays and coated wires are among the steps utilities are taking to update the Western region’s infrastructure. Fiber reinforced composite (FRP) poles with FireSleeve™ and Integrated Temperature Sensors can build resiliency into the power grid as part of a predetermined plan and make power restoration efforts faster and easier.

Unlike wood poles, pultruded FRP utility poles can be produced with the capability to resist fire and self-extinguish. An FRP fire-retardant sleeve provides additional protection in high-risk areas. The composite patent-pending system shields the pole from excessive heat generated by grass and brush fires. The FireSleeve uses a self-monitoring device to track temperature, allowing a utility company to determine if a pole has lost strength post-event. FRP poles are also lightweight, impervious to woodpeckers and termites, corrosion resistant and have superior dielectric strength.

Creative Composites Group has made a significant investment in the research and development of its FRP utility poles and its’ FireSleeve. An in-depth knowledge of the advanced material helped CCG engineers determine which thermal set resins and fire resistant additives could be combined to design and fabricate a pole that could withstand a wildfire. Prototypes were manufactured and tested using a method that simulated a typical chaparral fire. 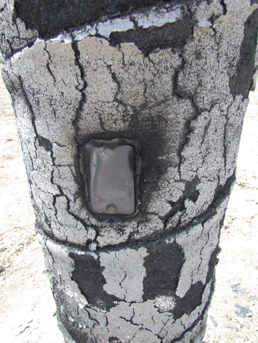 Unlike other fiberglass poles on the market, CCG’s addition of the FRP FireSleeve gives its composite poles an advantage. The FireSleeve acts as a shield, reacting to heat and promoting cooling during a fire to protect the pole from extreme temperatures. CCG’s FRP poles, fitted with the FireSleeve, have demonstrated the ability to withstand heat in excess of the glass transition temperature [at which carbon chains begin to move] without post-event permanent loss of strength. That means utilities can inspect a pole’s temperature profile post-fire, keep the pole in service and have confidence it will remain structurally sound.

In addition to utility poles and fire-retardant sleeves, CCG also produces FRP distribution and transmission poles, light poles and cross arms. Contact us today and find out more about our products, technologies and processes.