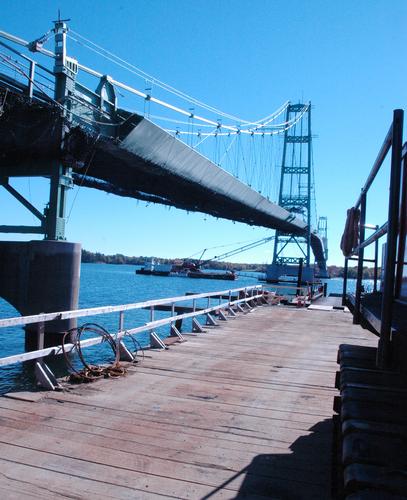 When it opened in 1939, New York City planner Robert Moses called the Bronx-Whitestone Bridge the finest suspension bridge in the world. Fast forward just two years when, by 1941, engineers feared the bridge would collapse. The bridge, designed by the acclaimed engineer Othman Ammann, swayed slightly in winds greater than 30 miles per hour, which is never good. The solution? Fairings.

Over the years, research and development efforts have shown fairings to be the preferred structural design element to ease the pressure of wind. Fairings are triangular pieces that “slice” or defect wind away from the bridge. This ensures strong winds are no longer a threat to a bridge's structure. New York City eventually decided to ditch the heavy braces they'd added and instead replace them with fairings. In 2003, a 30-month renovation of the Bronx-Whitestone Bridge was completed, featuring lightweight fairings.

Experts noticed that the fairings put less strain on the bridge’s structure and eliminated the dangers of wind more efficiently than the braces. Plus, after 60 years, the lights that Robert Moses praised as the visual cornerstone of the bridge could be seen again. Fairings are now considered a go-to for combating structural threats such as wind, and the benefits can be seen in bridges like the Bronx-Whitestone.