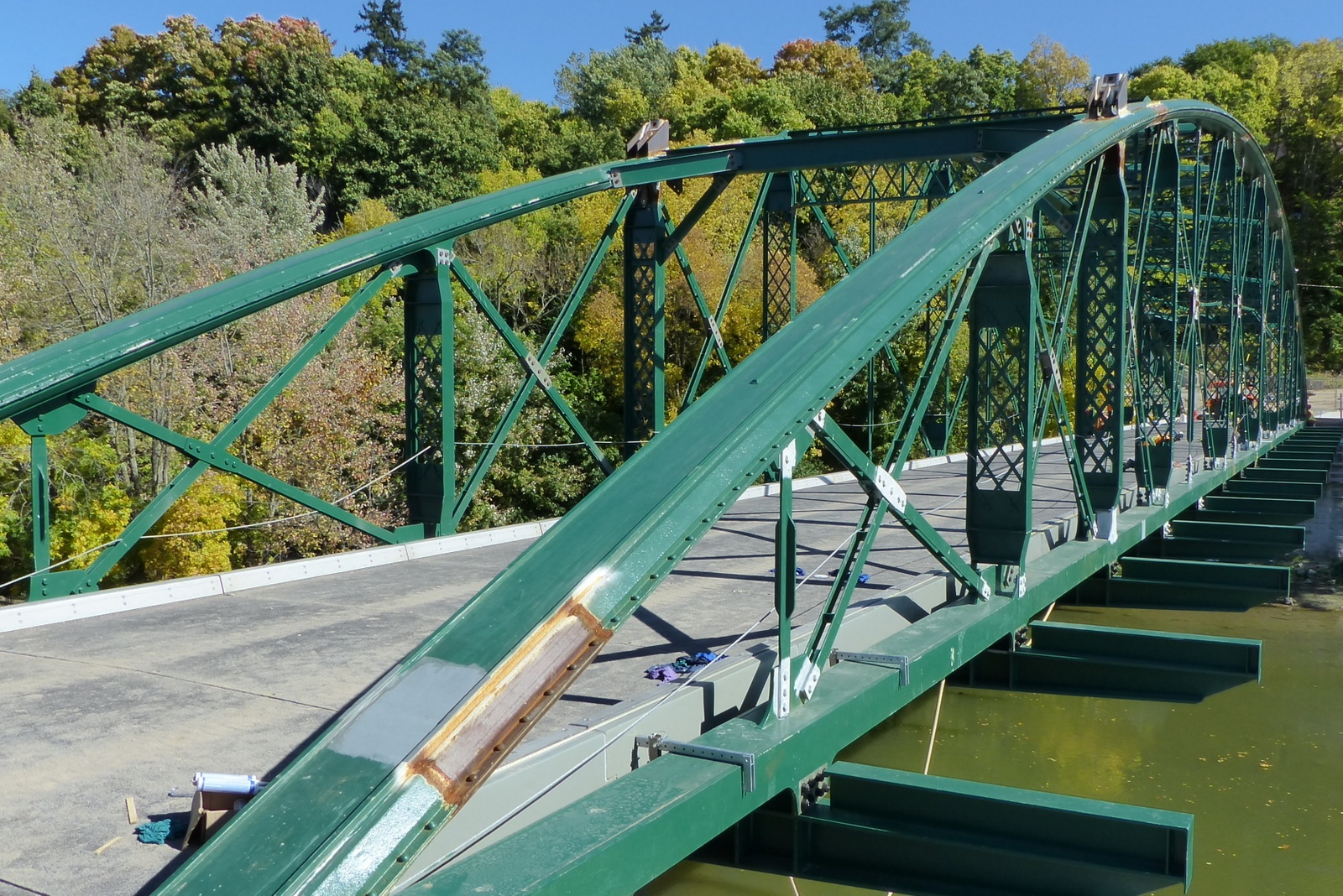 A couple of weeks ago, we focused on the historical significance of one our FiberSPAN projects: Blackfriars Bridge. To recap, the 143-year-old, 221-ft. long wrought iron bowstring arch-truss structure is Ontario’s oldest working crossing.  Blackfriars Bridge was also the first iron bridge in London, Ontario to span the Thames River. Built in 1875, Blackfriars’ metal skeleton replaced a wooden span. By 1889, all wooden bridges in London were replaced with iron structures as a failsafe against severe Spring flooding. Today, only Blackfriars Bridge remains, a monument to bowstring construction.

Interestingly, the rebuilding of Blackfriars— designed and constructed in 1875 for $14,711 by Wrought Iron Bridge Co., based in Canton, Ohio—brings us full circle back to Ohio where a 21st century solution to aging was found with fiber reinforced polymer (FRP) FiberSPAN deck panels.

Concrete was briefly considered. But when the weighty material was combined with current traffic loads, it proved too heavy for the historic structure. London-based Dillon Consulting chose FiberSPAN after studying the product’s performance on two Ottawa vehicle bridges.

FRP panels are 80 percent lighter than reinforced concrete panels. The goal was to preserve as many of the original bridge’s components as possible such as Blackfriars’ arches, lattice work and pedestrian railing.  The design flexibility of FRP allowed us to mesh advanced composite material with those parts to retain the beauty of the architecture while giving it long-lasting performance. 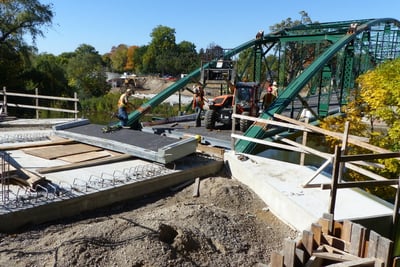 Design requirements included a design vehicle loading of 75 percent of CL3-625-ONT with a 1.3 dynamic load allowance and a 0.9 environmental durability factor. Allowable stress design (ASD) standards determined safety factors which were compared to design strain requirements.  Traditional beam bending equations were used to analyze FiberSPAN deck panels constructed as a series of closely spaced I-beams.   Panels met an L/500 deflection.  Bending strain/shear strain was less than 20 percent under the service load plus dead load. Minimum fatigue life was rated at 2,000,000 cycles. Panels were designed to a temperature differential of 60 Centigrade. The design allows the bridge deck to move independently of steel beams in the longitudinal direction. 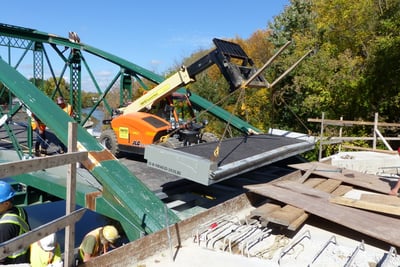 FRP panels for the 221.5-ft. long composite deck are being installed on Blackfriars’ rehabilitated steel truss. Direct bolting of the 17.5 ft.-wide panels was designed to handle braking loads while connection clips resist uplift and lateral movement of the bridge. Panel widths ranged from 7 in. to 9 in. thick with a molded in crown. Curbs, integrally molded into the FRP deck, were covered with 3/8 in. thick 304 stainless steel plates to protect from wheel impacts and snow plows. The deck’s exterior was given a dark aluminum oxide wear surface. Prefabricated FRP panels eliminate the labor and hours associated with assembling multiple pieces or pouring concrete. 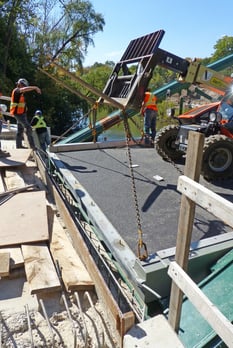 The project’s site superintendent agrees. The FRP decking has allowed crews to move quickly and install multiple panels per day. Bridge installation is expected to be completed this month. The new FRP deck will give Blackfriar’s Bridge another century of service. Stay tuned for more photos.

If you'd like to learn how Fiber Reinforced Polymer stacks up to concrete download our FRP vs Concrete Lookbook.