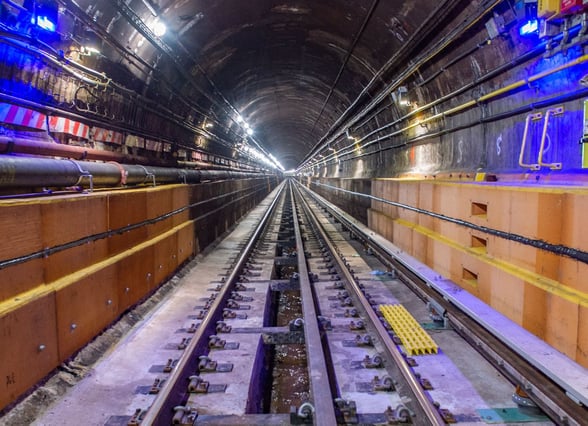 In September 1962, President John F. Kennedy stood before an audience of 40,000 at Rice University in Texas and spoke the immortal words, “We choose to go to the moon in this decade and do the other things, not because they are easy, but because they are hard…” JFK wanted to be the first to land a man on the moon and safely return him to Earth. What most people don’t know is that when the president committed NASA to this lofty goal, the technology (and the math) didn’t yet exist to reach and sustain Earth orbit let alone venture beyond its’ gravitational pull. Fast forward 50 years when Superstorm Sandy hit the East coast in 2012. 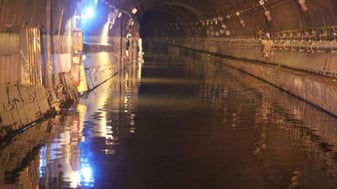 gallons of salt water causing rapid deterioration of the tunnel’s concrete duct bank and impacting the L-Train’s ability to ferry commuters back and forth between Brooklyn and Manhattan.

In 2014 the Metropolitan Transportation Agency (MTA) began the search for a repair solution. You may wonder what going to the moon has to do with repairing a flood zone but there are some broad sweeping similarities in terms of how a seemingly insurmountable challenge can put a spotlight on innovation. In the case of Sandy, the problems were staggering. The storm surge flooded 3,445 feet of the 7,953-foot-long Canarsie Tunnel. Tracks, signals, switches, power, signal and communication cables, lighting, cable ducts and bench walls throughout a 7,100-foot-long section were damaged. The $477 million repair contract called for demolition and reconstruction of 60,000 linear feet of duct banks; 14,400 linear feet of track and track bed; 270,000 linear feet of cable ducts and repair of 7,000 feet of concrete lining and installation of tunnel lighting and fire systems. Use of traditional materials like concrete dictated closing both the tunnels and the L-Train for 15 to 18 months, a scenario that would leave nearly 400,000 commuters high and dry.

Like JFK, Governor Cuomo made a startling announcement in the face of what people were calling the L-Train apocalypse. He vowed the tunnels would not be closed and the L-Train would continue to run even though he did not have an answer or the technology in place to do so. A meeting with academic leaders in January 2019 led Cornell University to suggest FRP strengthening material but the lengthy process was prohibitive. In February 2019, the project’s chief structural engineers contacted Composite Advantage. The advanced material supplier would use the design flexibility and performance properties of fiber reinforced polymer (FRP) to encase the tunnel’s damaged sections instead of demolishing and rebuilding those portions. Repairs would take about the same amount of time but full train service during weekdays would be maintained with just one tube closed for repairs at night and on weekends. Drawings and subsequent fabrication of an FRP shroud—the first of its kind in the industry—was approved.

Sign up for our newsletter to find out how FRP saved the day and helped one of the largest repair projects in New York City’s history finish ahead of schedule. Read part 2 of our next blog where we will talk about the technology and installation details that gave this project “liftoff.”